An Opium Repertoire for White, Explained

I've been playing chess for a few years, which is long enough to have developed a coherent set of openings-- you could call it my "Opium Repertoire." That's what you'd have to be smoking to rely on it.  I've included a PGN file of illustrative games. 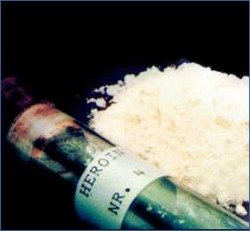 This is not a wholesome or "safe" way to play chess, but it is the way that seemed most addictive-- I mean intuitive-- to me. You develop with transparent threats so that weak play by the opponent simply gets rolled up (and smoked). Like its namesake, it may appeal to dropouts, parolees, slackers, and other assorted underachievers. A few rules of thumb:
Basically, the goal is to give the opponent early chances to go wrong-- landmines to step on. If this doesn't work out, then you dig in for an equal middlegame. "Equality" is the insurance policy that underwrites this opening venture for White. As White you ought not end up worse out of the opening unless you messed up somewhere. 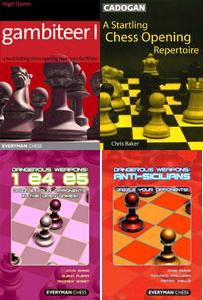 Commercially, the best resources are:
Of course, it is necessary to swap out the Sicilian Wing Gambit for a legitimate set of anti-Sicilian lines. I'd suggest starting with Joel Benjamin's Anti-Sicilian series. It's basically Bb5(+) against 2...d6 and 2...Nc6 and a King's Indian Attack against 2...e6. It's similar to the approach of Startling Opening Repertoire and is playable at a grandmaster level. There's also Nigel Davies' Sicilicide DVD which advocates riskier offbeat variants of the Two Knights Sicilian. The new Dangerous Weapons covers a couple lines recommended by the Sicilicide DVD, and an old Soltis book, New Sicilian Gambits, also has some goodies against 2...d6 and 2...Nc6. The most annoying move to face is 2...e6, but even there White can aim for the somewhat tricky Guseinov gambit while keeping a boring King's Indian Attack setup in reserve. Alternatively, one might answer 2...e6 with 3.g3!? as covered in Dangerous Weapons and played by Nigel Short in Corus A, 2010.  The mighty Sicilian is the most popular defense and quite a serious attempt at an advantage as Black, so it's worth nailing down a set of lines.

In the Open Game, the Center Game is a practical try, covered in detail in Dangerous Weapons. A local player here in L.A. took it up exclusively and saw her rating shoot up (pun intended) to 1800 very quickly. Besides that, the Göring/Danish (Alterman, McGrew: 1, 2) and Scotch gambits (1, 2) offer good value (especially since they can be entered via 2.d4, cutting out the Petroff, Philidor and other annoying defenses). Most high-rated Blacks will force one of two equal endings in the Danish gambit (from the Capablanca [analysis] or Schlecter defenses), which are not terribly exciting but neither are they drawish or anything to fear. I'd love to get into the Belgrade gambit, but it strikes me as horribly counterintuitive. I also admire the King's Gambit, but moving the f-pawn makes the whole thing inconsistent. Because 1...e5 is the most principled defense, these sidelines are not considered to be serious ways to play for an advantage.

Against the French, I'd again swap out the Wing Gambit for the more intuitive Two Knights French (or secondarily the "Monte Carlo" Exchange variation with 4.c4). The mainline "Russian Roulette" (so termed in The Flexible French) and the alternative "Jackal Attack" should provide some variety to avoid boredom. Against the Caro-Kann, the Two Knights (pt. 2) is again the most intuitive way to play. There are several ways to handle the mainline: 3...Bg4 4.h3 Bxf3 5.Qxf3 and now you can decide whether or not to gambit the d4 pawn, or you can deviate earlier with Tal's move 5.gxf3.  Again, this should be enough to avoid boredom and keep opponents on their toes. Against the Pirc/Modern just play the Bc4 "Mad Dog" systems. Against the Alekhine I've found 3.Nc3, the Sämisch attack, to be the simplest and most economical. If Keres' move 4.dxc3 gets boring then you can try the ambitious 4.bxc3. The less common an opening is, the more economical it is to play a simple and safe sideline-- preferably one that leads to atypical play for the subject opening. (Which is why the anti-Sicilian repertoire deserves the most attention.)  In the Scandinavian after 2...Qxd5, White can go for the efficient 3.Nf3, aiming for Be2, d4, & c4 with a central pawn front.  After 2...Nf6 White has many options, but 3.c4 forces either a Panov-Botvinnik Caro-Kann or an Exchange "Monte Carlo" French.

When branching out or experimenting, it's better to stay within the Opium Repertoire-- in other words, you might try taking smack in a pipe or syringe before ditching it altogether for meth or coke. This is the repertoire I used to reach 1800+ USCF. Have fun.